Taxi from Athens to Kalamata

Call us on +30 6944885537 and learn about our  routes from Kalamata to Athens and back. The taxi and minivan cars we use are brand new with comfortable seats and luggage space. To see them click here. Boarding and disembarking can be done from Athens airport, Piraeus port or from any hotel or location in Attica you wish. For any questions about our itineraries and services you can also contact us here.

Traveling in Messinia region there is a big resort called Costa Navarino Dunes that includes two luxury hotels : The west in and The Romanos. Starting your holidays from Kalamata airport it is less than one hour trip and three and a half hours traveling from Athens airport. A luxury journey with Transfer Me is our suggestion for starting and ending your holidays in region of Messinia.

Check for the cost of taxi from Kalamata airport to Costa Navarino and our other locations we operate here. For all of our online booking supported locations please visit our destinations page.

Stoupa is one of the most popular villages of Messinia. The traditional way of builded houses and the beautiful blue sea makes this place a lovely choice. The easiest way to arrive in Stoupa is coming from Kalamata airport with many direct flights from most cities of Europe. The other way is traveling from Athens airport. We support both ways of traveling and our prices are very reasonable. Don’t miss the chance to contact us and receive the best quote. Check for the cost of taxi from Kalamata airport to Stoupa.

Providing an unparalleled standard of reliability and professionalism, Transfer Me has grown to become of the most trusted taxi services in Kalamata and the region of Messinia. Airport private taxi hire and chauffeur services are just some of our specialties, and even though we offer a premium service, we’re the most competitively priced company in the area. When you need a dependable driver and a pleasurable experience on the road, you should contact us.

YourTravelRoute – Find your next destination

Before and during traveling the question ‘Which destination to go next?’ is often hard to answer due to the many factors for this meaningful decision. You don’t want to miss something or just visit the second best option, when you are where you will be once in your life.

The YourTravelRoute makes it easier to get an overview about possible travel routes and next travel destinations. And then, it helps you to

Optimize the itinerary and plan detailed your next trip. Click here to go to their website to find your next destination and travel with Transfer Me. 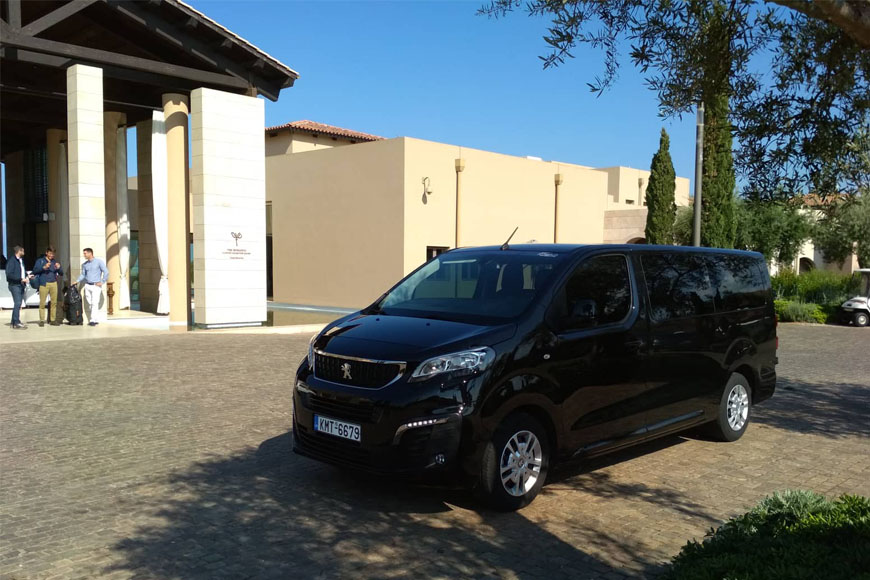 Costa Navarino has been voted one of the best resorts in Greece and one of the foremost holiday destinations in Europe.

In 2017 The Westin Resort Costa Navarino has been voted among the Best Resorts in Europe in Condé Nast Traveler Reader’s Choice Awards. It features an amazing selection of deluxe rooms, family rooms and suites in a privileged seaside location on a verdant hillside that affords an alluring mix of golf, sea and pool views.

Also the Romanos, a Luxury Collection Resort at Navarino Dunes in the Peloponnese is Recognized as one of the finest resorts in Greece and was honored at the Condé Nast Traveler Readers Travel Awards in 2011, 2012, 2013 as well as 2017.

You can learn more for The Westin and Romanos  resorts at www.costanavarino.com and see how special they are by watching the video below showcasing kids activities:

Need a taxi or minivan transfer to Costa Navarino? Our team at Transfer Me is ready to arrive at the day and time of your choice!

Tour from Kalamata to Athens

We arrange daily tours to Athens from Kalamata and other places of Messinia region. It could be a private or a shuttle trip. Contact us by e-mail or call us on +306944885537.

Discover Pylos with Transfer ME!

Pylos historically also known under its Italian name Navarino, is a town and a former municipality in Messenia, Peloponnese, Greece. Since the 2011 local government reform it is part of the municipality Pylos-Nestoras, of which it is the seat and a municipal unit. It was the capital of the former Pylia Province. It is the main harbour on the Bay of Navarino. Nearby villages include Gialova, Pyla, Elaiofyto, Schinolakka, and Palaionero. The town of Pylos has 2,767 inhabitants, the municipal unit of Pylos 5,287 (2011). The municipal unit has an area of 143.911 km2.

Pylos has a long history, having been inhabited since Neolithic times. It was a significant kingdom in Mycenaean Greece, with remains of the so-called “Palace of Nestor” excavated nearby, named after Nestor, the king of Pylos in Homer’s Iliad. In Classical times, the site was uninhabited, but became the site of the Battle of Pylos in 425 BC, during the Peloponnesian War. Pylos is scarcely mentioned thereafter until the 13th century, when it became part of the Frankish Principality of Achaea. Increasingly known by its French name of Port-de-Jonc or its Italian name Navarino, in the 1280s the Franks built the Old Navarino castle on the site. Pylos came under the control of the Republic of Venice from 1417 until 1500, when it was conquered by the Ottoman Empire. The Ottomans used Pylos and its bay as a naval base, and built the New Navarino fortress there. The area remained under Ottoman control, with the exception of a brief period of renewed Venetian rule in 1685–1715 and a Russian occupation in 1770–71, until the outbreak of the Greek War of Independence in 1821. Ibrahim Pasha of Egypt recovered it for the Ottomans in 1825, but the defeat of the Turco-Egyptian fleet in the 1827 Battle of Navarino forced Ibrahim to withdraw from the Peloponnese and confirmed Greek independence.

We guarantee excellent and reliable transportation to and from Athens, as well as to and from airports, ports and stations, at competitive prices.

Moreover, we can be entrusted with the transfer and delivery of unaccompanied parcels and the transfer of minors (baby/child car seats are provided). We also handle the transfer of company executives, at arranged collaboration prices.

The taxi vehicles we use are mainly Mercedes E-class new generation.

We also have the possibility to supply you with minivan services should the need for group transfers arise. Do not hesitate to contact us to express your requests, as we are sure to offer you the optimum solution.